The children and community associated with Thulisa Primary School in Katlehong's Skhosana Section have become the latest recipients of a library through the Mandela School Library Project.

This initiative benefits more than 80 000 children daily and has been doing so since 2011, converting shipping containers into libraries and donating the books to fill them. 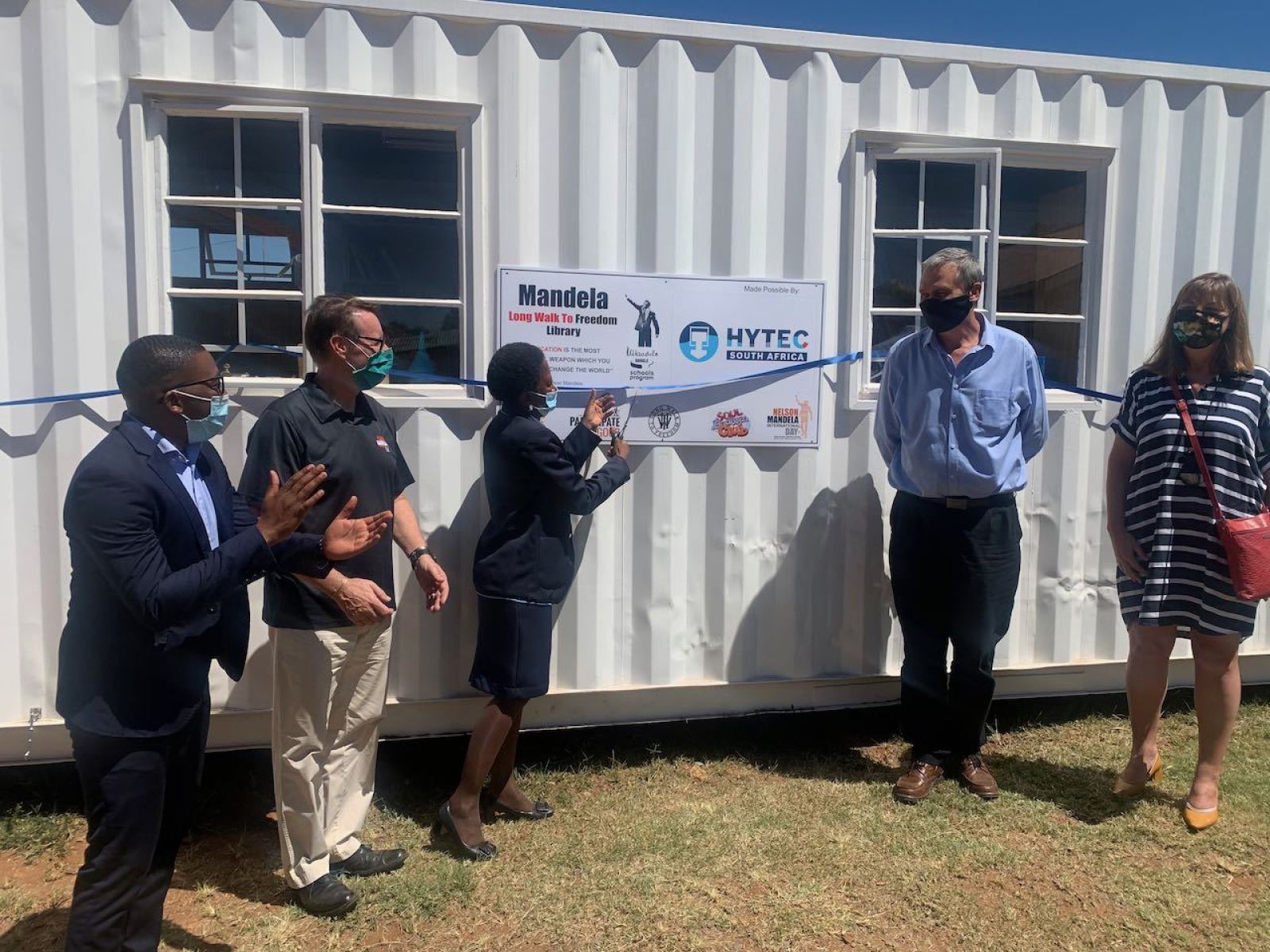 The handover on 11 March was attended by the school's 705 learners, the school governing body, representatives of the local community and past learners.

Accepting the new library, school principal Mrs Gladys Tibane said it was a resource for the entire community, including matric students and members of her “second chance weekend learners” group. The second chance project helps learners who failed Grade 12 to prepare for their exams with the help of volunteer teachers.

Robert Coutts, Mandela Education Programme CEO, said the library project has shown over the past decade that children who learn to read typically continue to matric and complete school.

The new Thulisa library was the seventh made possible by the Hytec Group, which has been a partner to the Mandela Library Project since 2013. Group representative Mike Harrison was present for the handover.